Cloudkid
Presents
Vanic &
CRÈME
What Did
I Do

Vanic, CREME What Did I Do
Listen Here:

CloudKid Presents Vanic & CRÈME - What Did I Do

A solid, powerful crossover between high energy pop and electronic dance, Canadian producer Vanic and American artist CRÈME, team up to release ‘What Did I Do.’ On this track, Vanic returns to his roots, taking inspiration from his older sound, as well as from the guitar and drums of artists like Silent Child and the vibes of singer K.Flay. The song’s infectious melody is also a nod to 90s alt bands, while CRÈME’s vocals fearlessly take a jab at the confrontational and confessional given the track’s narrative arc.

CRÈME says, “The song’s euphoric drop pushes it in new and unforgettable direction. It’s vicious and hard-hitting, where the main character of the song finds herself asking, “what did I do” to deserve this? In it, she describes why she no longer feels love or loved in this personal confession expressing confusion, frustration and betrayal.”

»It's a vicious and hard-hitting song.«

Inspired by personal experiences, but also world events and “life in general,” Vanic made his mark as a producer by turning his experiences into sound, as a means for others to be able to see and understand their own experiences reflected in music. In 2021, Vanic reemerged from a slight hiatus with his debut artist album ‘Here & Now.’ “The album is about being present in the moment. It’s about reality being made from perceptions, and is a little bit of the past and a lot of the future.” To accompany these forward-thinking ideas, Vanic teamed up with Hiber to create a virtual world that allows fans to experience an album in a whole new way. The goal was to create something that would feel different for every person who listened and watched. His new body of work sees him return to his musical roots, but also as a means to explore new territories. For the Canadian’s army of fans, this next chapter in his journey surely promises to be just as explosive as his beginning.  On the track with Vanic is Jersey City-based, CRÈME. Raised in NYC, she says music became her coping medicine – releasing emotions that drove her on a path to feeling less alone during the dark periods of her life. From a young age, she was bullied in school and felt disconnected from everyone around her. Except when she was making music or art that is. Since the inception of CRÈME as an artist project, her music has garnered over 22 millions plays in the global streamsphere, with over 7 million streams on Spotify alone. Together, both artists release ‘What Did I Do‘ to show the world where they stand at this very moment. Out now via CloudKid! 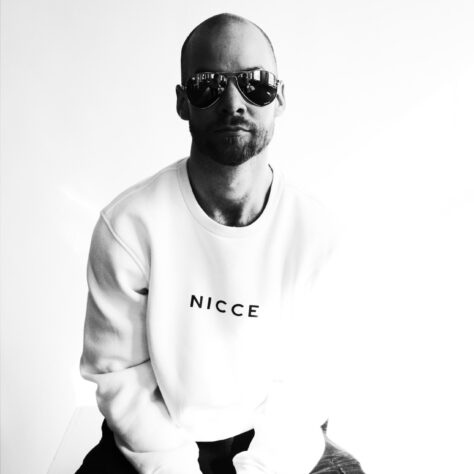