Here comes trouble… the Neoni sisters rebel against facades and genre-limitations with their latest track ‘UH OH’ – the second single on the road to their debut EP ‘Wars In a Wonderland’ (out August 20th). While they have already set the tone to their music by releasing 25 singles in 2020, their latest EP journey seems to raise the bar even higher, as if they were just warming up last year. ‘UH OH’ is just another example of how continually diverse Neoni manage to write every single; churning out original melodies and beats one after the other, each as empowering and catchy as the next.

In relation to their inspiration, they explain: “We have this idea that some people are more important than others. Whether its money, power, influence, beauty, status, whatever the trend is at the moment we use these random factors to determine someone’s value and reality doesn’t matter as long as appearances are maintained. We wrote Uh Oh because we’re sick of all the fake, of all the pretending, of all the constant posturing and trying to prove that we’re worth something because of things that don’t really matter in the end”

If one word stands out when listening to Neoni’s music and hearing about their writing process, it would be ‘empowering’. Within a 3 minute sound-bite, their music has the potential to make you feel invincible. But it would be rude to narrow it down to one word either way; with their impressive catalogue build-up over the past couple of years, the 2 sisters have created a whole world of sound full of energy, dramatic vocals and excitement… …An excitement shared by consistent fans and industry supporters, including multiple Spotify editorial playlists features (Alternative Beats, SALT, All New Rock, Alternative Generation, Friday Cratediggers); coverage on Billboard, Forbes and Hollywood Reporter; and countless synch features on show like How To Get Away With Murder, UFC and BBC’s Perfect Planet. Keep up with the hype and listen to ‘UH OH’ on Cloudkid now. 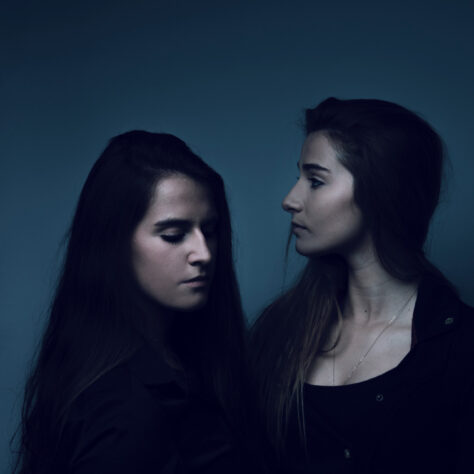