Austrian musician Omido returns, gracing listeners with a heartfelt cover of one of the 90s’ forever icons, Britney Spears and her electro-pop banger, ‘Toxic.‘ With powerful vocals and an intense signature bassline accompanying some soothing, yet, electrifying guitar leads, musically this rendition showcases the exact inner conflict that is caused by a toxic but lustful relationship.

Omido says, “I was at a gathering with some friends where they played the song and as I consciously read the lyrics for the first time, it resonated a lot with me at the time. After experiencing the feeling of being in a toxic relationship myself, my subconscious somehow found a way to express it. Since that moment, I fell in love with the idea of making this song my own. Redoing a timeless hit never gets old.”

Jan Engelmaier, known by his stage name Omido, is an Austrian producer, DJ and songwriter. He began his musical journey at an early age by learning to play guitar, while making his first steps writing music. Inspired by Rosenfeld and Two Feet, at eighteen, he made his first attempts at becoming a producer next to writing music. Though he never learned to produce professionally, his diligence and drive pushed him to test the waters. Last year, he independently released the EP named ‘Love, Sex, Drama​’ and single ‘​LSD​’, which has already amassed 10 million views on YouTube and another 2 million over digital streaming platforms worldwide. 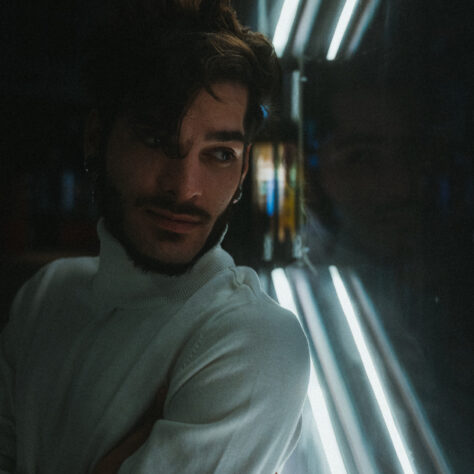