The second track of Jake Daniel’s upcoming EP is now out on release with CloudKid, one of his best, entitled ‘The Worst.‘ The artist describes the track as being a reference point for bullying in its worst form, using catchy lyrics, alongside upbeat beats and sound effects to add depth while juxtaposing a difficult reality for many, masking it with positive references and sentiments.

Jake says of the track, “The song focuses on those folks with pent-up anger, and the issues that arise from it, for themselves, but also how those issues spread to others as a result. It discusses that person in particular who lives to make someone else’s life miserable. Essentially, it chronicles what goes through a victim’s head when going through bullying and those subtle forms of abuse.”

»It chronicles how it feels to be bullied.«

American singer-songwriter, Jake Daniels considers himself to be a dark pop and alternative artist. Born and raised in a small city in upstate New York, with musically gifted parents and siblings, Jake’s artistic journey began early, and today that journey has garnered a few more companions to accompany him. With hundreds of millions of views and streams ranging across various platforms, spots on the top pop and alternative charts in his region, having only released music since 2019, Daniels has amassed a strong online presence across the world, due to his relatable lyrics and story-driven songwriting. His most viral and cinematic track “Two Face”  jolted his career, with Youtube’s animation and Gacha community welcoming it — and him — with open arms, making him go from small town hero to global spectacle in a matter of months. Now with his first EP behind him, Daniels is back to continue taking the world by storm. ‘The Worst‘ — his second single off his next EP, out now on CloudKid! 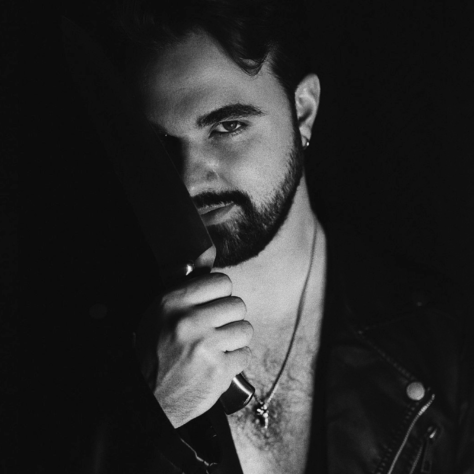