After an explosive winter with dance-pop banger,  ”Hold My Breath’ featuring Los Angeles-based ufo ufo, Paper Idol returns in June with an energetic, playful, bouncy dance track that will gear listeners up for an explosive summer with him, entitled, ‘Sidewalk.’

Paper Idol says of the track’s origin, “In college, I thought I’d become a doctor – like the rest of my family. After graduation, I worked jobs where I was bored out of my mind, and it was in those times where I was most nostalgic for my youth: playing outside with my best friends without a care in the world. “Sidewalk” is about being trapped in adulthood with no escape, where all that’s left are mere memories of simpler times and flashbacks to one’s childhood. The song starts with the story of three kids – Kenny, Bobby, and Sarah – who are jump-roping and playing on the sidewalk. As the song continues, we realize that the scene is happening in the daydream of a tired corporate employee who’s sitting in front of a computer screen. As the kids spiral onwards with their antics, the office worker’s thirst for escape grows in tandem.”

»The song is about being trapped in adulthood with no escape, where all that's left are memories of simpler times.«

Paper Idol – real name Matan KG – describes his music as “delusional pop.” True, his songs weave between dance music and alternative into “something unique and utterly disarming” (Beats per Minute), with storytelling that blurs the line between reality and fantasy, optimism and delusion. After graduating from university with a Neuroscience degree, Matan left his medical-school ambitions behind to pursue music in LA. In just under three years, he has released a long string of singles and 2 EPs, which have amassed over 35 million streams across platforms and secured coveted placements on Spotify Editorial playlists such as Indie Pop, Alternative Beats, OFF POP, and metropolis.  Paper Idol has also been lauded by BBC Radio 1, Billboard, EDM.com, Under the Radar, and Dancing Astronaut. The music has been featured in placements such as CW’s Nancy Drew,  NBC’s The Equalizer, and Disney’s SPIN. His upcoming EP, ‘The Playground‘ chronicles eight phases of childhood in eight tracks. Paper Idol’s live set combines electronic samplers and real instrumentation and has graced both ballrooms and dancefloors. Featuring former classmate – Adam Rochelle (keys), Paper Idol has performed at the Fonda Theater, The Teragram Ballroom, and an official showcase at SXSW this year. He will also be sharing the stage with Sylvan Esso, Two Feet, Lewis Del Mar and Washed Out in festivals across the US this autumn. Paper Idol’s refreshing new single “Sidewalk” marks the first chapter of the upcoming Playground project, as the artist continues to rally a generation bombarded by reality and desperate for an escape. 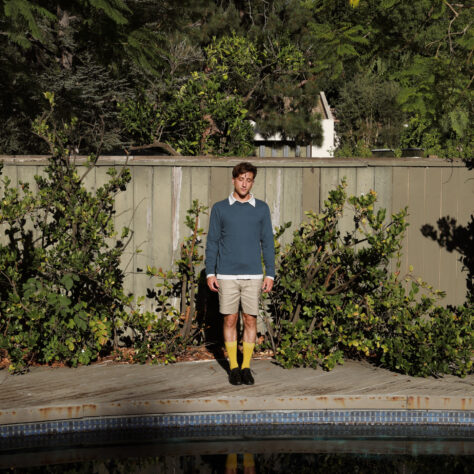