It’s been five months since we last heard from Diana Goldberg, the last track she released being in October, a collaborative single with Italian producer, Tokyo Project, entitled ‘Parasite.’ This time, however, she surprises — and, as usual — delivers, with her debut single of 2022, ‘SAME OLD SORRY.‘  Melancholic, emotional, honest and subtle are the best ways to describe this one, the slow beat and tempo of the song paired with Goldberg’s soulful, sweet, powerhouse vocals. In the song, the artist is lamenting a past flame, almost mourning them, while celebrating herself and that final spark of hope she once held for her partner. Originally, however, the narrative arc was meant to be vague, not necessarily about a relationship. And though she decided to write it that way, Goldberg soon realised no matter the context, the feeling of being let down and difficulty in saying goodbye to someone, would still be the same. Paired with a beautiful backing piano, showcasing the artist’s musical roots, and catchy beatpad and synth melody that is signature to the singer today, ‘SAME OLD SORRY’ has all the qualities that make her music noticeably memorable — blossoming her as an artist — while throwing listeners for a loop at the same time.

She says, “Words don’t mean anything if they’re not followed by actions, right? The song is about falling for your own mistakes as much as someone else’s; of giving everything to someone and trusting them immediately, and falling for them in a way that seems as if you were tricked, because it all went downhill. The timeframe in the song is also important; I meant it to be written after the fact — knowing all along the pairing wasn’t going to work. And I think that’s relatable for every type of relationship, not just romantic.”

»I think it's relatable for every type of relationship, not just romantic.«

Diana Goldberg has returned, anticipating listeners for what will be an exciting six months for the Munich-based singer, songwriter, starting with ‘SAME OLD SORRY,’ which will begin the run-up to her debut EP with CloudKid, out for release in the summer of 2022. Uniquely, her first single of the year is a bit out of the ordinary for the artist, sonically very different — and a lot slower — than anything that she has put out previously. Alongside her, however, is loyal producer, Joseph Feinstein, ultimately reminding us of her edge, no matter what genre and vibe she pivots to next. ‘SAME OLD SORRY‘ out now on CloudKid! 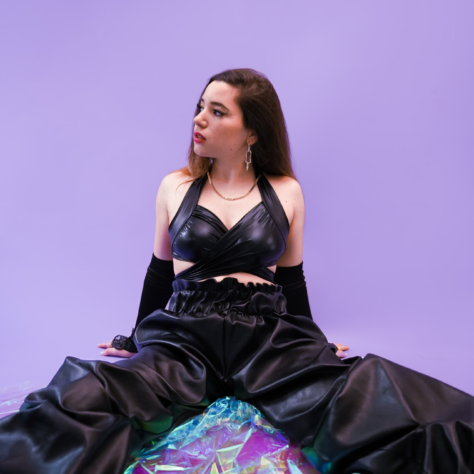