It’s time to wake up and celebrate, our favorite elephants – Confetti – are back on the scene with their first single of 2019 ‘Rob A Bank’. Tapping into their irresistible rock-pop sound, Confetti couples a bad-ass instrumental with a ridiculous subject matter for the perfect balance. The comedic, yet highly relevant society driven message in ‘Rob A Bank’ follows a relatable narrative of conflict between wanting to be free and doing something crazy, while at the same time being restrained by societies sense of order and its dismissal of anything that may challenge the norm. The chorus encompasses everything together into an anthemic release of tongue (or trunk) in cheek lyrics which will undoubtedly leave you shouting it in the streets… despite the funny looks.

Confetti explain: “This was actually the first song that we ever created as Confetti nearly three years ago. It was the foundation of our project and really helped define our lyrical and production style. ‘Rob A Bank’ is about a guy sort of hitting an existential crisis. He imagines doing rebellious things that he’s always wanted to do, but then retreating back to their normal routine. The dynamic between the verses and chorus basically say: “fuck this shit, I’m going to do what I want” into “I’m doing it! I’m being crazy” but falling back into “but I’m too worried about what other people think”

»The verse and chorus basically say: 'fuck this shit, I'm going to do what I want'«

After a highly impactful debut with four unforgettable singles in 2018, ‘Rob A Bank’ symbolizes a special release for Confetti by taking us back to the very inception of the project; a project created “to make music for the people, by the people” and one which aims to make fun out of the darkness in the world. ‘Rob A Bank’ marks yet another triumph in doing so. It’s sarcastic, it’s chaotic, it’s relevant, it’s catchy, it’s 90’s alternative, it’s modern pop, it’s Confetti. Released on Cloudkid, the track now breaths an extra layer of life. Expect satirical storylines intertwining Cloudkid’s and Confetti’s world, ransom letters, elephant face filters and a mission for fans to get hold of the song itself. 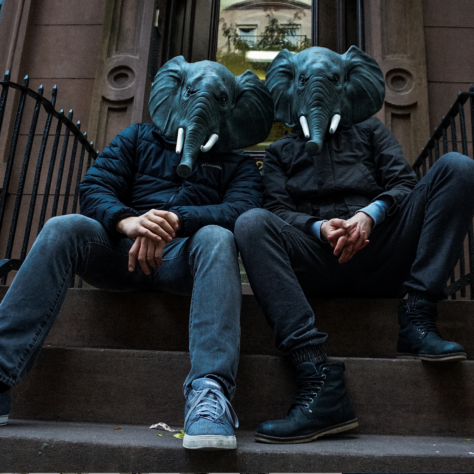