The Berlin-based dark trap-pop talent NUVILICES seals off the second part of a thrilling and emotive musical chapter with the release of his saga EP ‘perpetuum mobile pt.2‘. We know from his pt.1 EP that NUVILICES strays away from the common and instead provides a journey between real and surreal; one which undoubtedly continues in this latest 4-track wonder. Fully mastering his bespoke sound and production, every track on the EP fits perfectly within the world he’s created, each one providing the listener with one more piece to the puzzle that portrays the odyssey of NUVILICES.

Talking about the the track ‘k (all i got to say)’ he explains:

“This is an anthem to realising you’re trapped inside a relationship that turned into a toxic loop of habit and dependency. When being confronted with miscommunication and empty argument for one too many times, the protagonist finds themselves at a crossroads of falling into the same old routine or leaving the situation with a simple ‘k’. He goes with the latter”

What does perpetuum mobile mean you say? In music theory, it refers to: ‘an entire composition that is meant to be played in a repetitious fashion, often an indefinite number of times’. Whether intended or not, this is the exact effect that the EP will have on you.

Venturing into only his second year of the project, there is still plenty of talent and sonic exploration to uncover from an artist that clearly likes to switch things up a bit. Already boasting over 1M streams on Spotify – including editorial placement on Dance Brandneu, as well as support from the likes of MrSuicideSheep and Trap Nation – the journey has only just begun. 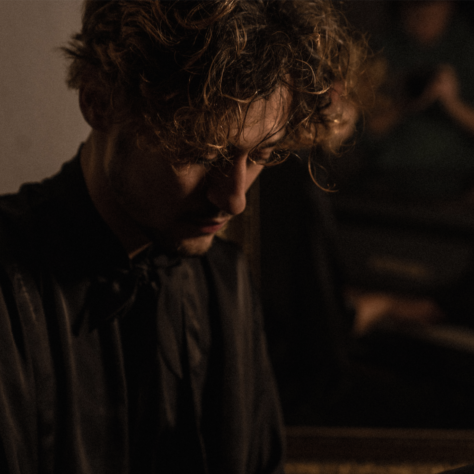