Though he took some time to fully dive into it, Mel Ody always knew he wanted to pursue music. The young artist (real name Odyssefs Molfesis), started his career DJing in major clubs in his home city of Athens, before catching the attention and entering the summer clubbing scene in party island Ios, where he became a household name in the span of a couple of years. In the meantime, he went on to directly support acts such as Yellow Claw, Borgore and Don Diablo, gathering a strong fanbase in the city; also making his first steps as a producer and releasing two instrumental tracks in 2018. Fast forward to 2020, and Mel Ody is crafting his own path by creating heavy, emotional and engaging pieces of electronic music. Having massed over 2 million streams on digital platforms while maintaining a busy release schedule, Mel Ody has received editorial support from the likes of EDM.com, CULTR, RaverRafting, EDM Sauce and more. Trusted by labels such as CloudKid, Killabite Media and Lacuna, Mel Ody’s music is filled with pop-leaning vocals and explosive drops contrasted against emotional atmospheres. Always evolving, it sits somewhere between natural and programmed, orchestral and electronic. He explains:

“Working with Dominic is always an amazing experience, you never know what to expect. Making the instrumental for “People Are Crazy,” I had a quirky and playful yet classy vibe in my mind, and he captured that feeling with his lyrics and performance better than I would have imagined” Dominic elaborates on his inspiration and lyrics: “Back when I released my first song, I remember checking my phone every few minutes to see if anyone shared my tune, or added it to a playlist. I quickly realised that’s not how this whole thing works.. but still, I’d wake up in the morning and the first thing I’d do was check my phone with the hope that over night I received that “life changing” email from an infamous manager or whatever. From then on, I’d start every day with a big disappointment and it took me a few years to realise that this was causing mental health issues and blocking my creativity. We’re living in a biased reality and things aren’t always as perfect as they seem on social media. We should stop living in that bubble and actually get to know one another”

While trying to figure out what to do with his life, Dominic realised that this was the chance to take a break from performing and learn all the things that he always wanted to learn. He was sick of relying on somebody else and sock of using that as an excuse for not accomplishing the things he wanted to achieve. To stop taking self pity and to stop giving kindness to those who didn’ t deserve it. Long story short: He rented a room in the Rechenzentrum (a beautiful place in his favourite city: Potsdam), put all his gear in there and searched for: “how to produce” on YouTube. The rest is history. 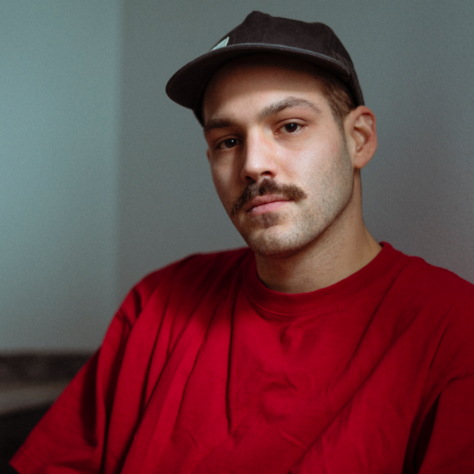 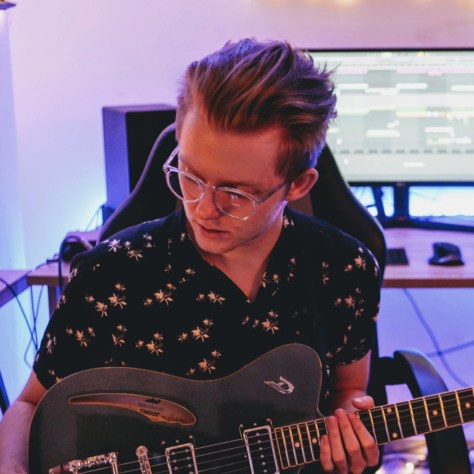