The tantalizing sound of Joseph Feinstein comes by in full swing with the arrival of his mesmerising debut EP ‘perpetuum mobile pt.1’. If his latest taster single ‘music box’ was anything to go by, rest assured that the EP follows in the hype already created by the young writer and producer. His latest musical endeavour walks a brave tightrope somewhere between playful pop and dark trap-influenced drops, all of which is balanced perfectly with traditional oriental and asian touches. Why brave? Because his music gives the listener what they least expect; straying away from the common and instead providing a surreal touch of alien character. Whether it’s lyrical, instrumental or production – the whole tracklist will run you into one blind spot after the other, truly getting to know all the twisted corners of Joseph Feinsteins’ mind.

He explains… “perpetuum mobile pt.1 is the first chapter of the saga. The EP displays the first round of everlasting and returning themes in the world revolving around the protagonist. The 4 tracks were inspired by situations of seduction, heartbreak, self-staging and hopelessness, which will – as the journey continues – always be an essential part of my existence. It’s almost an ode to emotions that are rather destructive and addictive. Deep down he comes to understand that he can’t live without them”

»The 4 tracks were inspired by situations of seduction, heartbreak, self-staging and hopelessness«

Already marching to the beat of his own drum and only just entering his “first chapter”, it’s evident that Joseph Feinstein is one to keep an eye out for. For now, bask in the uninhibited sound of ‘perpetuum mobile pt.1’. 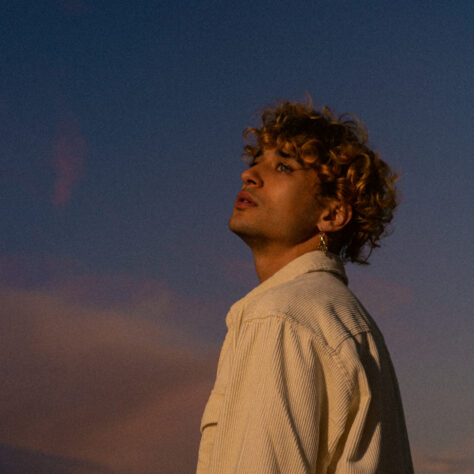