The Neoni sisters show they’re a relentless songwriting machine with their explosive new single ‘MACHINE’. As the 3rd single leading up to their debut EP ‘Wars In A Wonderland’ (August 20th), they’ve already given us 3 very good reasons to be hyped for its release. As usual, the majestic beats and instrumentals set the tone for the track, but of course their vocals take the centre stage. Scattered harmonies, intricate ad-libs and a ripping chorus gives MACHINE that special something. They explain:

Seeing someone step out of line makes people uncomfortable. It brings up too many questions, too many possibilities, it destroys the idea that things have to be done a certain way to work. We think that things should be done the way they’ve always been done because it’s always worked, because the outcome is predictable. Machine is about dismantling all of that. Every time someone steps out and does their own thing it proves that the “Machine” doesn’t have to own us. We don’t all have to be pumped out to do things the same way, to make the same decisions, to say the same things, to live the same life.

»We don’t all have to be pumped out to do things the same way, to say the same things, to live the same life.«

If one word stands out when listening to Neoni’s music and hearing about their writing process, it would be ‘empowering’. Within a 3 minute sound-bite, their music has the potential to make you feel invincible. But it would be rude to narrow it down to one word either way; with their impressive catalogue build-up over the past couple of years, the 2 sisters have created a whole world of sound full of energy, dramatic vocals and excitement… …An excitement shared by consistent fans and industry supporters, including multiple Spotify editorial playlists features (Alternative Beats, SALT, All New Rock, Alternative Generation, Friday Cratediggers); coverage on Billboard, Forbes and Hollywood Reporter; and countless synch features on show like How To Get Away With Murder, UFC and BBC’s Perfect Planet. Keep up with the hype and listen to ‘MACHINE’ on Cloudkid now. 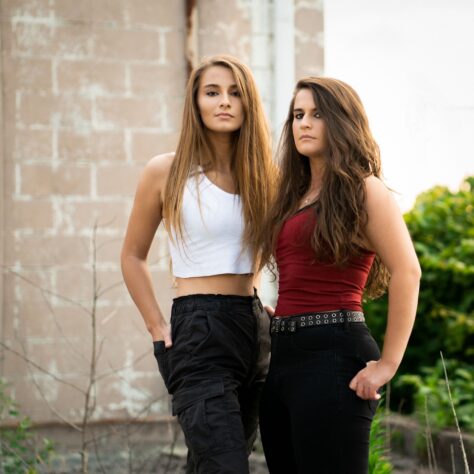