updog brings us the last track before his next EP drop, this one entitled ‘i denied.’ Introspective lyrics, quirky harmonies, and genre-bending production are on this very special song that the artist/singer-songwriter wrote in collaboration with producer and CloudKid alum,  Joseph Feinstein.

He says of the song, “‘i denied’ was the first song written for this EP. It was then named after one of the first lines in this specific track. This is a very special song in the updog journey as it marked the start of my writing relationship with Joseph. I remember him sending me the first verse fully written, and I just knew it was perfect for the project. The general idea of the song is about flying too close to the sun, only to have your wings burnt out leading to your demise and downfall. There’s a lot of Daedalus and Icarus symbolism in it, I guess. The song arc goes with the idea that sometimes you have to fall — and keep falling — to keep growing.  I feel like that metaphor really hits home for me personally. Sometimes I get too caught up in trying to avoid failure and having to be great all the time. But I’ve learned to just fully embrace failure as being a necessary part of the journey and know I’ll come back stronger every time. These are truly some of my favorite lyrics on an updog song.”

»I’ve learned to just fully embrace failure as being a necessary part of the journey.«

updog left 2021 and graduated from quirky pop melodies and whacky lyrics and went back to his alt-pop rock roots. Previously, the artist explored more abstract and fun narratives, but on this album, slated for release in the next two weeks, he’s focusing on realer and more alternative sounds, while trying to reclaim the meaning of the ‘what’s updog’ joke his artist project is so named after. With support from music tastemakers such as MrSuicideSheep, xKito, Valliant already, and a growing fan base and a community eager to see what he does next, let’s just say summer ’22 continues to look bright in the world of updog. ‘i denied‘ available to stream now! 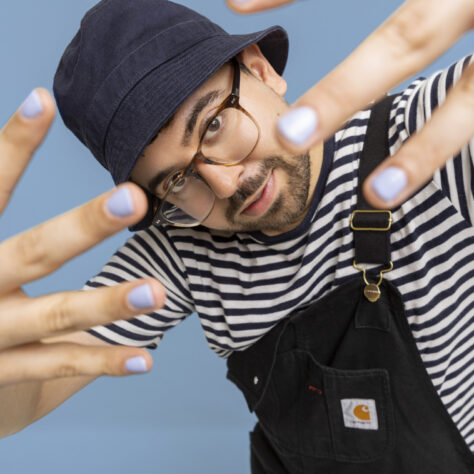