Picture this: it’s dark out, temperatures are dropping with each hour that passes. Your blood pressure is rising with every tiny creak in your home, with the outside world also feeling ominous and uncertain. Every small movement or soft, untraceable noise leaves you feeling like you’re being watched or followed. Your blankets are covering as much of your face as possible and you’re feeling only one thing: utterly terrified. So what comes next? Well, why not bring some bangin’ music into the picture to level out all of the white noise? Fear not, as Neoni are back with a gloomy, albeit, theatrical, vulnerable and high energy alternative pop banger just in time for Halloween and exactly those fearful feelings mentioned above.

The sisters say regarding the song: “‘HORROR MOVIES‘ is about the monsters in your head feeling way worse than anything anyone’s ever put in a movie. It’s about the anxiety, stress and pressure of being in fearful situations and those feelings getting so much bigger and stronger. Adding monsters and things that go bump in the night, obviously don’t make these fears feel smaller or less scary. We’re not such big fans of horror movies ourselves, but I guess that shows how alike and intense we actually both are, and why we decided to write about them.”

»It's about the monsters in your head feeling way worse than anything anyone's ever put in a movie.«

Single after single, Neoni have delivered eclectic barrier-breaking and stereotype-shattering sounds, of which culminated with their first EP release, ‘Wars In A Wonderland,’ back in August. Even still, the sisters are unstoppable, back after not so much time, with their latest, ‘HORROR MOVIES.‘ Which just goes to show that their ever-growing repertoire won’t stop here and that we can expect a lot more from them no matter what time of the year it is. The impressive catalogue that both sister’s have built up over the last couple of years has allowed and invited listeners to a world full of energy, drama, authenticity, and excitement. With this release, naturally they also deliver, while telling a great (and spooky) story to match. Check out their latest single out on CloudKid now! 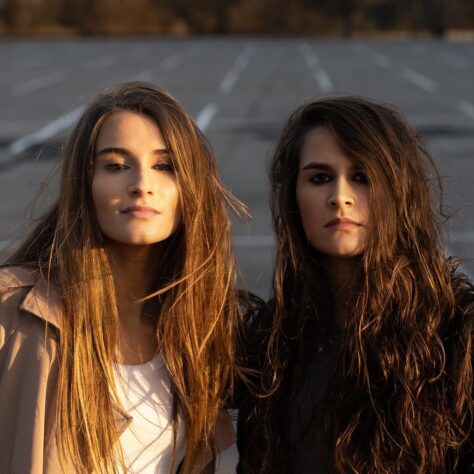