Revamping himself from solely being known and credited as a producer, Joseph Feinstein makes his 2022 debut with his first single credited under his own name: ‘fuck off.’ Heavily inspired by Post Malone’s third studio album, ‘Hollywood’s Bleeding,’ his song is a rock-infused, urban pop record with high energy that constantly surprises with little bits of ear candy.

Joseph describes the background narrative arc of the song: “The song chronicles me constantly relapsing into a relationship that gave me nothing but ephemeral pleasure and second thoughts. Because I wasn’t able to act rationally in that situation, I really started to question my values and needs while noticing that, metaphorically, I had a knife in my back the entire time. Essentially this track is my final message, wrapping up everything I was too stunted to say in those moments, into a big ‘FUCK OFF.'”

»It chronicles me relapsing into a relationship that gave me second thoughts. «

Joseph Feinstein’s, formerly known as NUVILICES, aim as an artist is to create and cultivate what he describes as “in-your-face dark pop,” stimulated by an urban environment. This first release under his own name merges his former artist project and his current one, as he uses his background of living in gritty, yet artsy, Berlin as the backdrop for subsequent musical canvases. With this rebrand, he hopes listeners can feel the raw emotion he delivers in his musicality and lyricism, alongside unfiltered impulses embodied in his production. As a result, he hopes listeners will be able to get lost in a surreal world, one of sinking in and letting go. Inspired by artists like The Weeknd, Skrillex, Jon Bellion, blackbear, Post Malone, My Chemical Romance, as well as Hans Christian Andersen fairytales, French stories like The Little Prince, and Hayao Miyazaki films, Joseph’s rich production and detailed lyrics will uplift anyone into a headspace of concentration, empowering the senses and unleashing the mind; and with that, we welcome him to the CloudKid family! 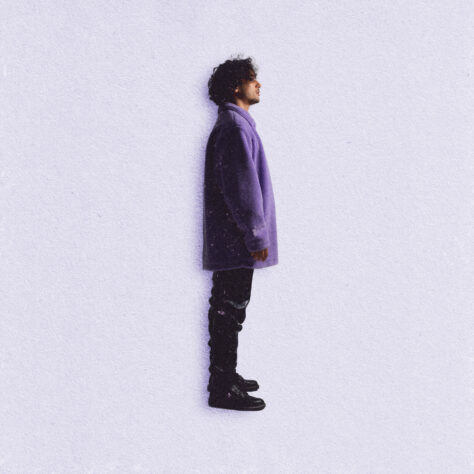