The culmination of Airmow’s long awaited journey as a producer is here, with his debut album, ‘DYSTOPIE‘ now out for the masses via CloudKid. Listeners will be able to decipher and hear a range of emotions and sounds on the entirety of the record, with the haughtier side proper that we sense in PRÉSENCE — the focus track of the album — made known by its sharper, darker and “colder” sounds. On other tracks of the album like MIRAGE, a more serene, peaceful track or ROUGE, a track with apocalyptic soundscapes, the producer does well in helping listeners feel as if such tracks should be accompanying intense, grandiose scenes on television or in film.

Airmow says, “There have been a few experiences this year, such as producing for other artists and being involved in image composition that have allowed me to evolve quickly as an artist and refine — and redefine — my sound since my last EP, which led me to think about my music differently after it was released. This new project is the fruit of the discovery of new sources of inspiration and interests, including cinema (Blade Runner, Dune, Tenet, Jaws, Shining), the fashion industry (runway shows of French luxury brands such as Yves Saint Laurent, Louis Vuitton, Givenchy) and architecture (by architects Tadao Ando, Le corbusier, Jean Nouvel). During the process of making this record, I looked at different art forms outside of electronic music to create the tracks you hear on DYSTOPIE. Most of them were composed with visuals that I ran in the back of my studio on a screen so that I could immerse myself in an atmosphere conducive to creativity. DYSTOPIE exposes a universe that is both threatening and marvelous, lost between dream and reality. I hope you can see, sense and hear those feelings and various influences throughout the entirety of the album’s journey.”

»The album exposes a universe that is both threatening and marvelous, moving between dream and reality. «

Antonin Lemiere is Airmow, a Parisian electronic musical artist and producer, who in previous years proved himself high in the trap/future bass scene and is now ferociously expanding his look, sound and feel, emerging with a more fully-fledged musical divergence on his latest album, DYSTOPIE. Inspired by not only other electronic music producers and sounds, Airmow has further been able to hone in on his creativity through word, visuals (including photo and film), musical scores and soundscapes, architecture, among others. Confusing and engaging listeners at the same time, he hopes his music will eventually hold an important place in the electronic music space, capturing attention while also cultivating tension, suspense, and surprise. His 9-track mini-album is now available for streaming. 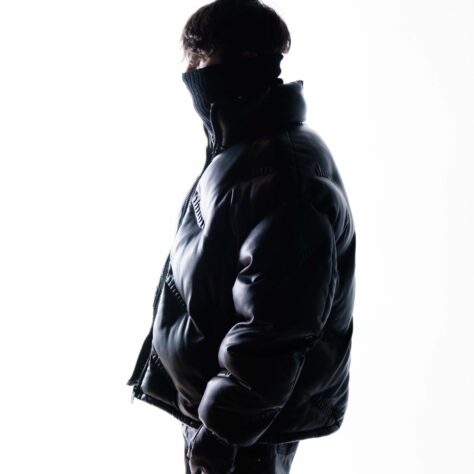