‘DRIPPING IN MY BLOOD’ is the third-track of Diana Goldberg’s forthcoming EP — out in July — and will have listeners feeling like they’re in a movie, a dark, uncertain and suspenseful one at that. Of course, that was purposefully done, written and produced with the intent to feel wavering and uneasy. The visual Goldberg had in mind with the song began as such, with the feeling of anticipation one might feel right before something bad happens. The dark, self-destructive, albeit, cathartic track sonically involves a pre-chorus that starts with three bass and purposeful off-key piano notes that move into a larger than life, grandiose, trap-beats focused chorus.

She says,  “The song is sort of like self-harm on a mental level. It’s about not accepting yourself, and at the peak of those feelings is where you learn to accept yourself. Sort of like ‘right path, wrong path’ storyline, where the narrator sees their path is crumbling, with every wrong step being risky and dangerous. It’s that feeling of moving away from one toxic situation with another person and moving into it with yourself instead. It’s that ‘calm before the storm energy‘ that I tried to highlight throughout the song where narratively you’re in the middle of that metamorphosis, but it kind of goes awry. Sonically, it’s a mix of chest voice, high vocals, where the vocal performance sounds like it’s a slow-mo, self-destructive, falling off course sound, matching the lyricism, of course. This track also pays homage to my alt-pop sound, where I break the structure of pop music. It introduces a sort of ‘rapping’ style of freestyle lyricism and that’s due to the rebellious nature of the song — where I don’t adhere to someone’s structures and expectations. It just all adds up in terms of words and sound and that’s where the beauty in this painful song.”

»It's that 'calm before the storm energy' that I tried to highlight throughout the song.«

Moving on to the next chapter of her ‘BLOSSOM IN THE DARK‘ EP saga is Munich-based artist and songstress’ latest single, ‘DRIPPING IN MY BLOOD,’ a dark alt-pop anthem that was a difficult but necessary part to further the EP’s story. On it, Goldberg works her way into the depths of her psyche, internal emotions and external fears, taking listeners with her on that journey. Following the motto “if you openly face your fears, they lose the power over you,” the artist deals with the end of a toxic relationship and its aftermath on her five-track EP, ‘BLOSSOM IN THE DARK,’ speaking openly about inner conflicts, psychological suffering and unhealthy behaviours that can occur as a result. A dark emotionality pervades the entirety of the EP; a roller coaster ride of emotions, as it she were going through the grieving process: starting with the denial of the relationship’s end to feeling a loss of control, moments of guilt and self-doubt, resignation and finally self-acceptance and love. The third single, ‘DRIPPING IN MY BLOOD’ out now on CloudKid! 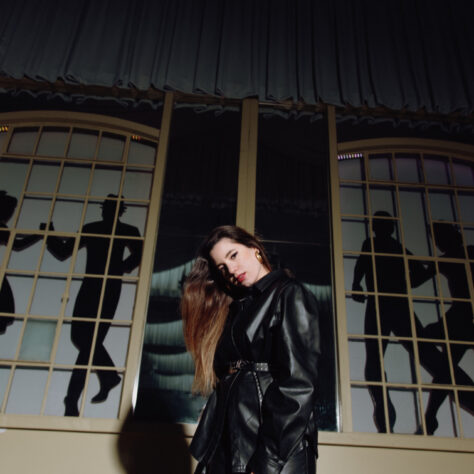