POULISH KID returns to CloudKid for his latest single, ‘Dragonfly,’ an emotional and sentimental song that pays homage to the little creatures he grew up around as a child. Sonically, the track is dreamy yet powerful, recognizably influenced by future bass sensibilities, which immediately offer feel-good vibrations to the ears. The song starts off with a ‘vibey’ introduction and verse, which then leads to an energy-laced drop that makes one want to shift gears and headbang. In true POULISH KID fashion, there are also many minor details and ear candies that keep one wanting to go back to listen to the song again and again, so as to catch them.

He says about the song, “Dragonfly is an homage to my parents’ garden where I grew up. In the middle of that large garden was a lake where I used to catch dragonflies as a kid and where I kept them in small vessels. It was a very magical and peaceful place, and means a lot to me, so it was obvious that one day I’d dedicate a song to it and to that time in my life as a kid. The song is quite nostalgic in that way.”

»The song pays homage to my parents' garden where I grew up. «

Inspired by various artists such as San Holo, Odesza, Elton John, Germany-based, POULISH KID, radiates almost spring-like energy in his music that says: ‘let’s get going!‘ Sonically, his music can be described as brutally dreamy, alternative electronic synth beats along with a pounding bass that almost knocks you off your feet. With flashes of electro, it’s actually the soft indie sounds that bring one back down to earth, once they’ve been swept off their feet, that is. POULISH KID has been featured on a few Spotify playlists since his start, including New Music Friday Germany, Switzerland, and Austria, as well as Indie Fresh Finds. He has also recently announced his collaboration with the sync boutique Fringe Music. With many releases ahead and a head full of dreams, he is ready for his first tour and next set of tunes for listeners of all kinds. ‘Dragonfly‘ out now via CloudKid! 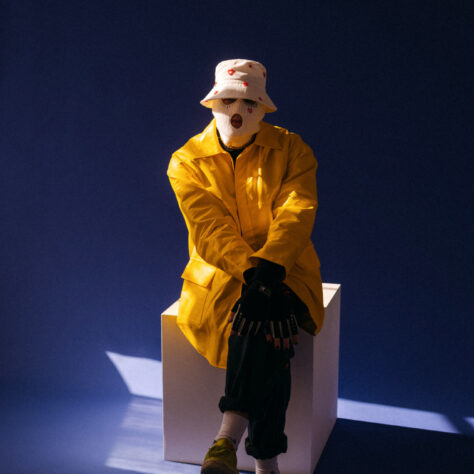