Rising sensation updog unveils his debut 2-track EP ‘closure’ to finish off his year of unmissable releases. Having only entered the scene in early July with his debut single ‘hurt’, the anonymous singer-songwriter has since developed a following that can only be attributed to the string of captivating singles from then onwards. Now, ‘closure’ – featuring his last single ‘wounds’ and latest unheard track ‘get home’ – stays true to this pattern. “closure’ is a really important project to me personally. I wrote it during a time of big changes in my life. The two tracks in the EP outline a journey”. Kicking things off with ‘wounds’ – contending as his most emotional and atmospheric song to date – updog explains the journey begins with the stages of grieving: “When you lose someone you truly care about, you never really move on from that, you just learn how to live without them. Even if you seem happy and keep moving on with your life, the pain of that loss still lingers with you. It’s about accepting that pain and not letting it destroy you. Life goes on, always” The journey continues with ‘get home’ as the aftermath of that experience:

“When things get tough in life, you have the option to either fight or take flight. Choosing the latter option tends to be the easier solution when dealing with loss of any form, its a quick escape and it helps cope with your emotions short term. But the more you run away from the problem, the more you decide to not face your sadness head on, the harder it becomes. You put your life on pause that moment, and suddenly you feel like you’re back to square one. ‘Get home’ is that frustration, realising as great as you think it would feel, you haven’t truly taken the right steps to move on and get closure, and you still feel emptiness. The undertone of the song is hopeful though, and I hope it gives a positive feeling towards realising that you’re finally taking the right steps, to reach a new chapter in life”.

»the undertone of the song is hopeful... realizing you're finally taking the right steps, to a new chapter in life «

updog’s music clearly tells one of impactful messages and honesty, while also never failing to throw in catchy melodies and flawless production.. Releasing his music on Cloudkid, he first came under their spotlight after sending them some taped demos along with a heartfelt letter by post. His music and artistic concept resonated instantly with Cloudkid, who in all the excitement, decided to share the moment with their community. The reaction was mutual, and in the end, the community urged for updog’s music to be signed and for his project to be realised. Having already received support from the likes of MrSuicideSheep and Spotify editorial, 2019 has only been a small taster of what is to come for updog, with ‘closure’ proving that once more. 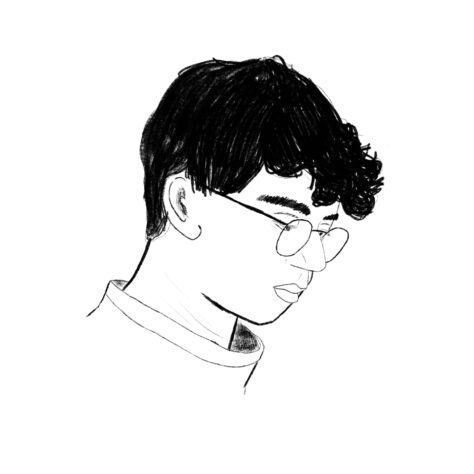