Cloudkid
Presents
Say So City
Better
Than That

Say So City Better Than That
Listen Here:

CloudKid Presents Say So City - Better Than That

Say So City returns — as CloudKid’s first song of 2022 — with the band’s third single to date. ‘Better Than That‘ is a sultry, electronic-pop hodge-podge of creativity and ego, with a distinct guitar accompanying Line’s soft voice and outspoken lyrics. Say So City calls this one a major “ego boost” of a song, boasting feelings of superiority and confidence on weekends out, full of shenanigans. The band says: “Imagine walking into a bar somewhere, choosing whoever you want to talk to, having the time of your life, and knowing there’s that possibility of being able to do it all over again the next time? How awesome, right?…”

They continue, “This song is and isn’t about that because the phrase of being “better than that” is actually showcasing a feeling of insecurity, as a means to hide, instead of the person understanding that they aren’t necessarily better than anyone else. It’s about those conflicting feelings of think that you aren’t good enough for anyone, those insecurities and being too picky, but also those feelings of confidence, where you can’t help but say, well, I’m ‘better than that,” better than you, better than this.

Say So City’s third song is OUT NOW, and the trio are as excited for it than ever, marking the next track in a series of songs that they want listeners to describe and understand as intense and cinematic. As they continue to test the waters as newcomers and fuse electronic and traditional rock sounds, they’re ready to take on whatever comes their way. Say So City’s rocktronic and indie pop edge will be a deep dive headfirst into their very own creative world. Unbeatable and unstoppable, help us open up 2022 with their latest, ‘Better Than That.‘ 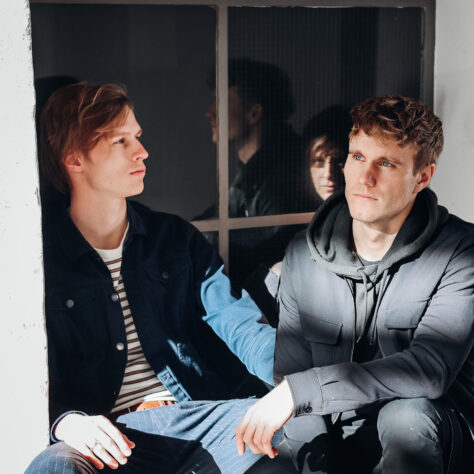