Emotional and energetic are the two words that William Bolton uses to describe his second release on CloudKid, an alt-pop song with a slight rock edge, entitled, “BATSHIT.” Yes, exactly like batshit crazy. Similar to his previous release, ‘RUNNING AWAY,’ this track is also one that pulls you into your feels, while also pushing you to jam out. Lyrically, it is quite emotional and sad, but with a beat that is uplifting and easy to get you pumped, despite its difficult narrative and lyricism.

William says about this track, “BATSHIT is about my battle with depression and the fight I went through with the voices in my head. My depression led to substance abuse and addiction, which only added to the mayhem of such a vicious cycle. I had to really try to cope with all my negative thoughts and emotions, and drugs were a quick escape, but naturally, only made me feel worse in the end. The lyrics show that: / 11 hours I been laying in bed / I stare at the ceiling and wish I was dead / I’m on the brink of madness, trying to cure my sadness. / Weirdly enough, I actually wrote this song while I was still in that mindset and whilst on drugs; the whole thing was chaotic and painful. I barely kept it together, but somehow managed to record it with my producer to its completion and how you hear it now.”

»The song is about my battle with depression and the fight I went through with the voices in my head.«

William Bolton is the 27-year-old Detroit-born, Los Angeles-based artist and songwriter behind ‘BATSHIT.’ He began playing the guitar at age 10 and learned to produce and record his own songs in his parents basement. While attending Boston College, William started releasing songs on SoundCloud, gaining a dedicated internet fanbase and mentorship from music + tech mogul Ryan Leslie. After playing Firefly Music Festival and opening a 15 city Europe tour on tour supporting Hoodie Allen, Bolton relocated to Los Angeles, where he now lives and creates. Inspired by a range of genres and artists, including  21Pilots, Radiohead, Blackbear, & Death Cab for Cutie, Bolton calls his music ‘electric soul,’ combining his Motown and rock roots with modern pop production. His songs tell his story and struggles, and have already accumulated 60+ million streams across music platforms digitally, as a result of his emotional, artistic vulnerability. 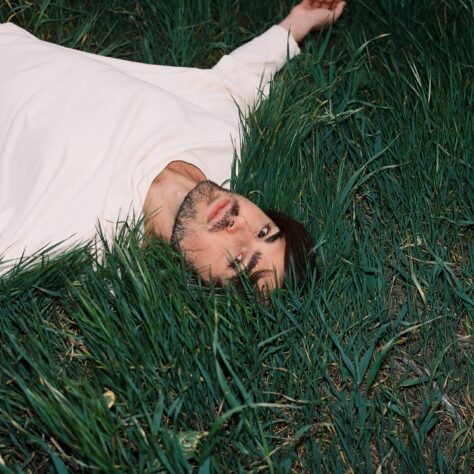